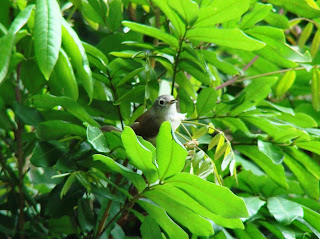 It would appear that based on Zuo Fasheng et al (2007) Molecular phylogenetic analysis of the Grey-cheeked Fulvetta Alcippe morrisonia of China, Taiwan, and Indochina that a case of remarkable genetic divergence in the species exists. On chatting to a Taiwan based researcher who has worked with the species it would appear that the proposed split is largely being accepted by researchers locally in Taiwan.

Update:
While the science on this one looks pretty sound acceptance of the split has been slow and it has yet to be accepted by any of the major bird lists.


Posted by Wild at Heart Legal Defense Association at 14:54