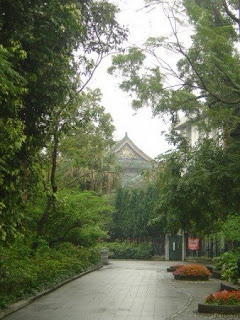 The Taipei Botanical Garden (Zhihwu Yuan) is a great place, right in the heart of Taipei City, to spend a few hours birding. If you're hoping to get a look at a Malayan Night Heron Gorsachius melanolophus, the garden is well worth a visit. 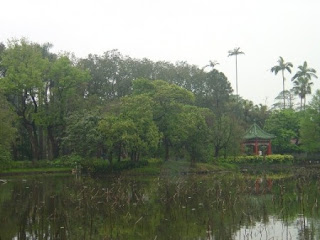 The Taipei Botanical Garden, being in the heart of Taipei, is very easy to access. It’s close to the Xiaonanmen MRT station and on a number of bus routes. Taking a taxi is also reasonably inexpensive.

The Department of Information, Taipei City Government publishes a book titled, “Birdwatcher’s Guide to the Taipei Region" (ISBN 957-01-7797-7).This book covers the whole region including the Botanical Gardens and nearby Ta-an Park, which is also worth a visit. The book is available through the Wild Bird Society of Taipei. Pageone Bookstore in the well known Taipei 101 Mall stocks the book.

Back to Birding Locations.


Posted by Wild at Heart Legal Defense Association at 19:53